... Macbeth, whose inner struggle between scruples and greed for power is shown deep impressively by Patrick Gabriel ...

... The portrayal of the path of love and suffering turned out brilliantly ... by Caroline Betz as Lady Macbeth and her vain-ambitious, defiant-youthful, virile-warlike in the end but increasingly to himself despairing husband Macbeth, whom Patrick Gabriel embodies sensually ...


About ME - MIX in German, English, Spanisch - Fire-Poi

About ME - English 2020 (please choose best quality in the player)

An actual Showreel (2022) I have only in Spanish

The great fall of Lady Macbeth and Macbeth - Role: Macbeth

Süddeutsche Zeitung
... Macbeth, whose inner struggle between scruples and lust for power is deeply impressive shown by Gabriel ...

Münchner Merkur
Brilliant was the portrayal of the love and suffering ... by Caroline Betz as Lady Macbeth and her vain-ambitious, defiant-youthful, virile-warlike but in the end increasingly despairing of himself husband, who was sensually portrayed by Patrick Gabriel ...

The Goat or Who is Sylvia? - Role: Martin Gray

... Gabriel as Martin Gray grabs you with his acting devotion ...

... Patrick Wolff and Patrick Gabriel, who has already appeared in several of Seidel's productions, embody Joey and Denny in the truest sense of the word ... „A Steady Rain" is based entirely on the intense acting of its two justly acclaimed leading actors; after all, Bernd Seidel had wanted a real actor's play ... The suspense, carried by the two main actors, lasts until the end …

... After two and a half hours, the actors have earned the great applause ... The duo kept up the tension in emotionally charged monologue and dialogue, expressed pathos and larmoyanz rather cool and so corresponded to the American original ...

... Gabriel and Wolff are able to carry the production through its more than two hours ... „A Steady Rain" is a play of US-American style and is worthwhile especially because such plays are not often seen on German stages.

Patrick Gabriel and Patrick Wolff embody with bravura the fragile friendship of two different policemen ... The two-person play „A Steady Rain" lives from their strong acting ... Gabriel and Wolff succeed in keeping the tension in the emotionally hard play until the end and not only for that there is a lasting applause.

... First of all, Patrick Gabriel brilliantly proves that one could always do the obvious with Kleist's beginning: a comedy solo! His Sosias, as the best Sosiasses always were, is in grave danger of upstaging the rest of the evening's mimes. But Gabriel doesn't overdo it as he puzzles over the sudden doubling of himself, capable of ravishing comic miniatures ...

... The actors are great throughout. Most rebellious is a bitingly sharp-tongued Sosias, the servant of Amphitryon alias Patrick Gabriel ...

... Particularly noteworthy in their roles are Dennenesch Zoudé ... as well as Patrick Gabriel as Sosias, who even received scene applause.

... Outstanding is not only the linguistic duel between Patrick Gabriel and Manuel Klein as Sosias and Merkur ...

... The audience is fascinated by the linguistic art of the poet, especially since at the beginning from the auditorium and then throughout so wonderfully spoken as by the excellent Patrick Gabriel as the servant Sosias. Dennenesch Zoudé also stands out among the ensemble of six….

... Gabriel plays the role of Fredrik very convincingly; he is broken and rebellious at the same time, coming across as a youngster who has grown old too soon, holding his own in a duel with his mother. He aches and coughs, hunched and yet full of emotion ....

... Patrick Gabriel embodied the son Fredrik. With remarkable expressiveness in speech as well as facial expressions and gestures, he turns the slim student of law, who is preparing for his exams, into a freezing and coughing wretched figure, key figure of the drama. During crying fits, he goes to extremes ....

... The narrator Patrick Gabriel achieved a very great effect ... This was a narrative tour de force - a masterpiece ...

... Gabriel's language is not only pure rhetoric, but imbued with musicality ...

... Gabriel has an enormous two-hour workload to master ... He manages to create lively dialogues instead of a monotonous mishmash of voices ....

Impressive and expressive, the most diverse emotional worlds were revealed when Macbeth (Patrick Gabriel) writhed in despair or looked down triumphantly from the throne ...

... The leading actor was outstanding, that is beyond doubt. Gabriel not only plays the role of Macbeth, he seems to live it ...

AZ - Molière's Marilyn Manson
... The rocker would also have enjoyed the look of Gabriel ... Greatly performed by Patrick Gabriel ...

... Alceste, a tragic figure, to which Seidel and Gabriel give an exploding force ....

... Undaunted, in this Gabriel impresses ...

... In the ensemble especially Patrick Gabriel captivates as the rebellious vegetating. The young mime impresses with swinging facets ....


One of my hobbies - playing with fire! 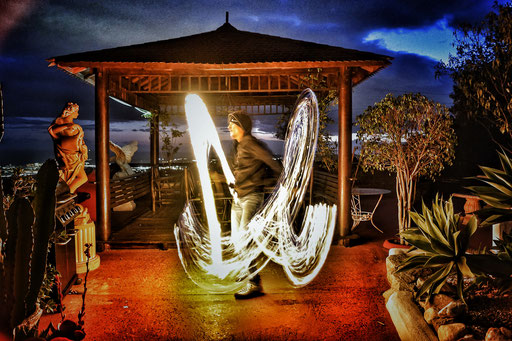 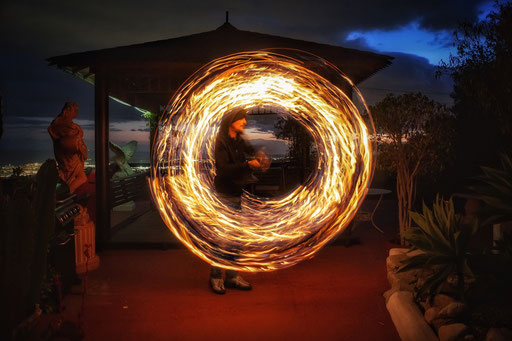 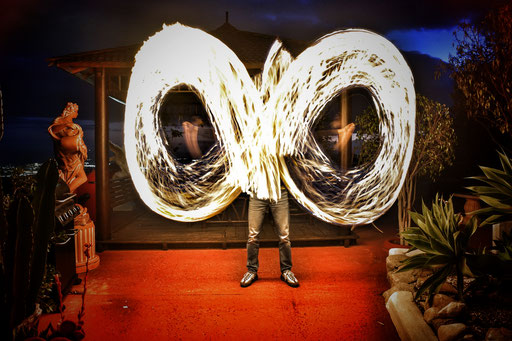 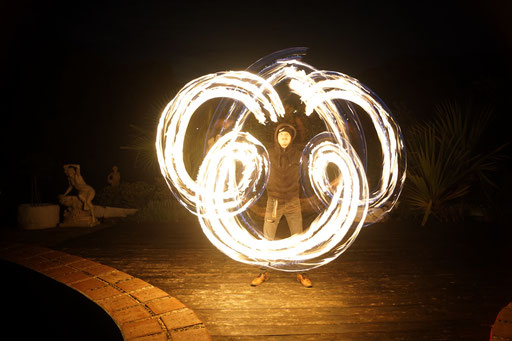 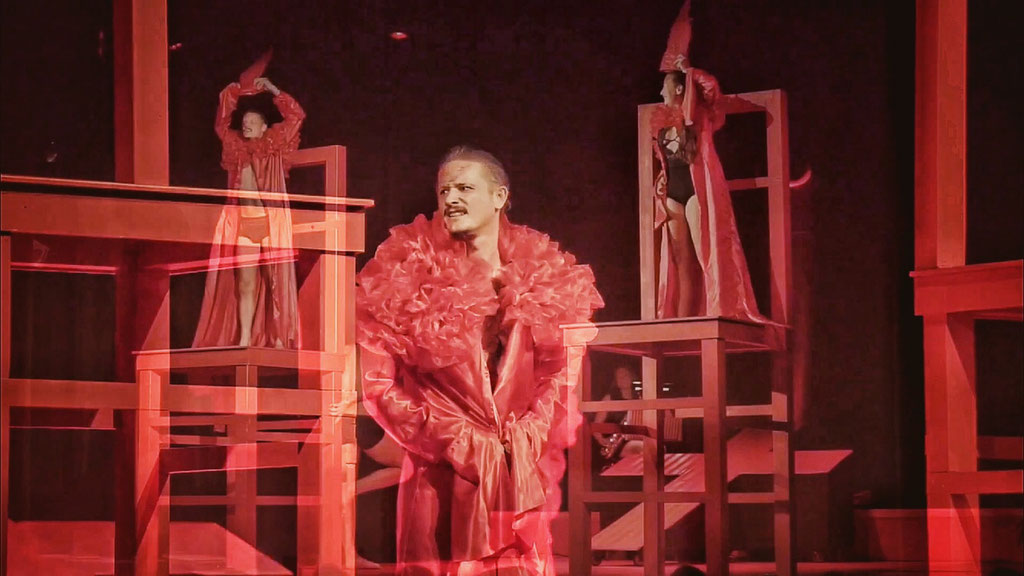 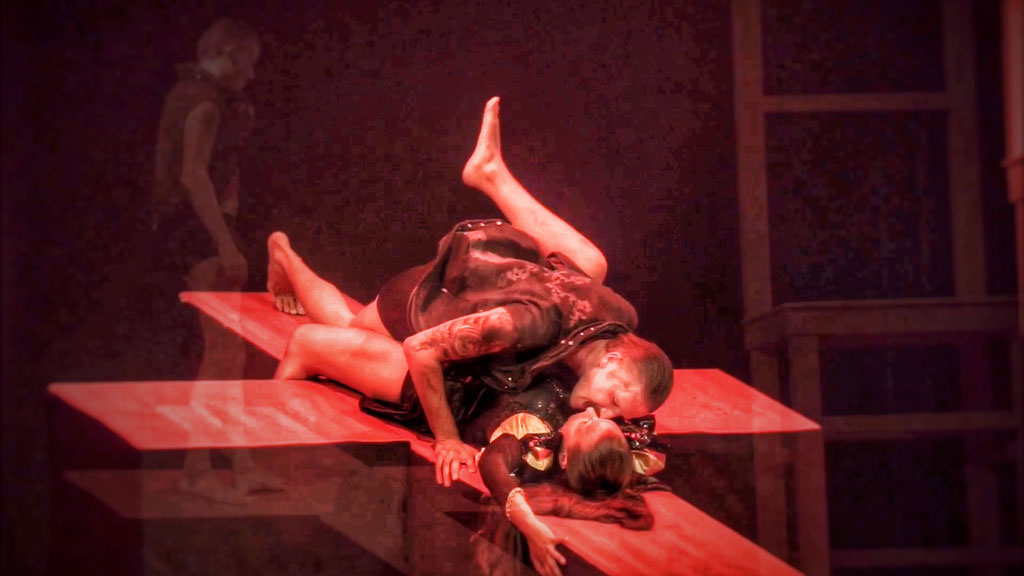